Peeping Through a Keyhole 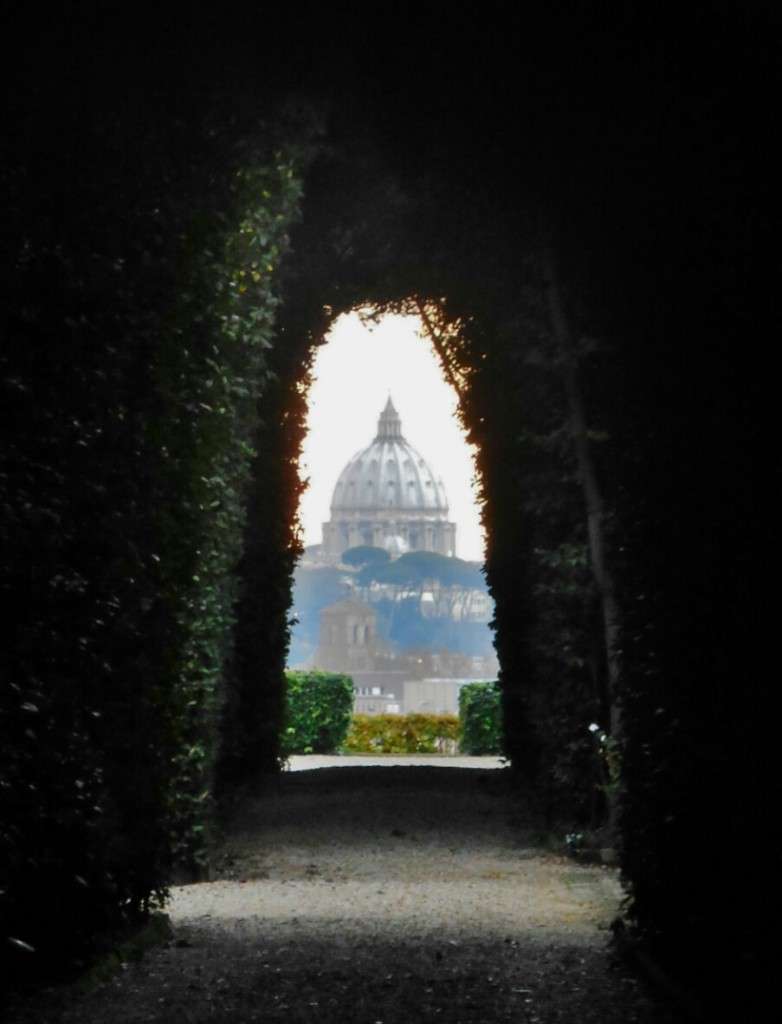 Yes I peeped through a keyhole!  Just in case you’re wondering if this is a confession of  voyeurism, I must tell you that I don’t do this on a regular basis.

It all started one day when we went to the Aventine Hill for a walk and I saw a line of people in front of a locked gate. They stood at the gate, peered through the keyhole and moved on. It was the entrance to the villa owned by the Cavallieri di Malta (Knights of Malta). The Knights of Malta once called the Knights Hospitaller, were founded in Jerusalem around 1050 to provide care for the poor and sick pilgrims who came to the Holy Land. After the conquest of Jerusalem in 1099 during the First Crusade, they declared themselves a military order and became a significant fighting force. The subsequent loss of Christian territories in the Holy Land, forced them to move first to Cyprus, then to Rhodes and then to Malta which was given to them by the Holy Roman Emperor, Charles V as their sovereign state. Napoleon took over Malta in 1798 and the Order was ejected. In 1834, they established their headquarters in Rome and were  allowed to maintain their sovereign status which they do to this day under international law. Their extraterritorial status in Italy allows them to issue their own passports and stamps. 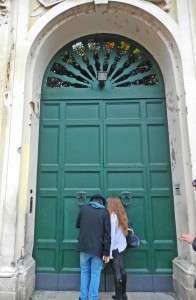 Anyhow, to go back to peering through the keyhole. When I saw the line of people waiting to look through the keyhole,  I of course, wanted to see what they were looking at but the queue was long and slow, and I didn’t have the patience to wait. A few weeks ago, just after Christmas, we were on the Aventine Hill and there was no line-up, just a young couple peering through. Finally, I had my chance! And what I saw was the scene above, a beautifully framed view of St Peter’s Basilica. It must be the only place in the world where you can see three independent states through a keyhole, the sovereignity of the Knights of Malta, Italy and the Vatican State.

This entry was posted in Italy, Rome. Bookmark the permalink.

1 Response to Peeping Through a Keyhole