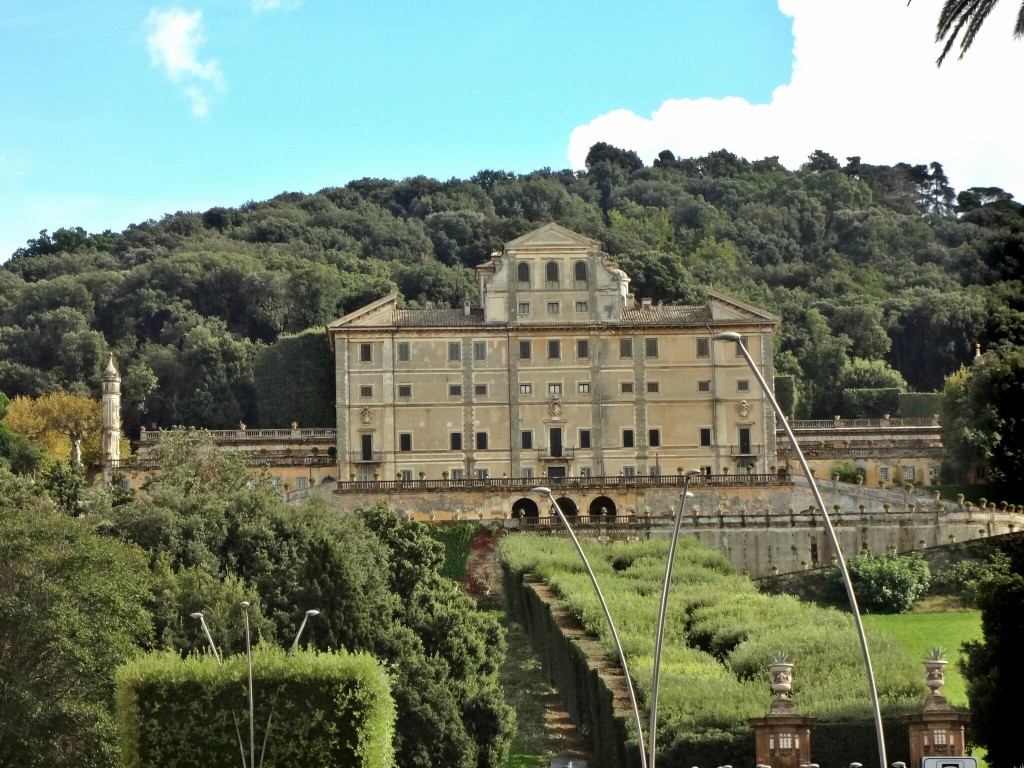 Many Italians living in Rome, like people in busy cities all over the world, don’t spend as much time cooking as their parents and grandparents might have done. I see harried young women in the supermarket buying convenience food though there is less on offer than what one can get in north America. However, there still seems to be a tradition of having a family lunch on Sundays. Where Grandma might have once cooked lunch for the extended family, the more affluent book a table at a restaurant. 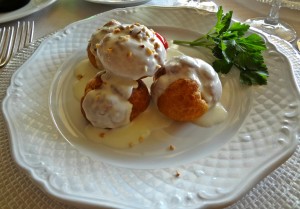 Last Sunday we went to a restaurant (Cacciani) in Frascati for Sunday lunch. Cacciani, a family-run restaurant, has been in operation since 1922 and prides itself on serving local specialties in season. Despite being a slightly upmarket restaurant, it was packed and we were glad that we had booked a table beforehand. Looking around, one would never dream that there is an economic crisis in Italy. There were families with children of all ages, old and young couples. and groups of friends. Many looked like they came there often as we noticed the owner going around greeting them like friends. 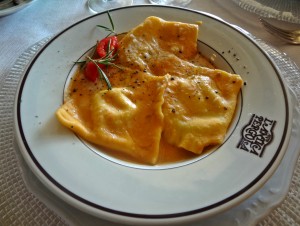 We had a delicious lunch. Mine was a starter of little choux pastry puffs filled with a mixture of broccoli and pecorino cheese followed by tortellini filled with baccala (salt cod). I can never resist dessert after a good meal and I followed this with a semifreddo (sort of like a light ice cream). This being the season for truffles, Fidz had a traditional bean soup followed by fettucine with truffles. 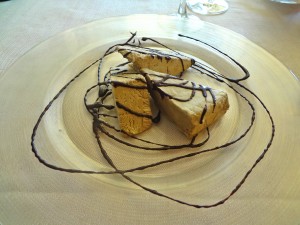 All of this including a fine bottle of wine came to about 80 Eur so we are definitely going to return during the week when they have tasting menus coupled with wines to match, for a very reasonable price. After this, we had to work off our lunch and we went wandering around the town. 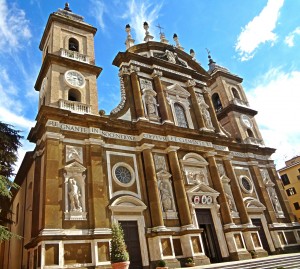 Frascati is on one of the Alban hills and is famous for its wines. I’m used to seeing Frascati wine on the LCBO shelves in Toronto so I got a kick out of actually being there. The view is spectacular as Rome lies below and it is close enough to identify the larger buildings. It is home to a number of villas belonging to Rome’s aristocracy who used to go there to escape the summer heat in Rome during the summer and there is an atmosphere of graciousness and wealth. The church of course dominates the main Piazza with a view down a narrow street directly down to the valley and the Dome of St. Peters in Rome! 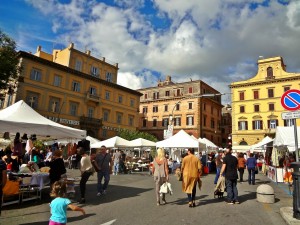 On Sundays, there is an antique and crafts market in the main Piazza. After having had to get rid of all my stuff recently, I was not tempted to buy anything but I wonder how long that will last!

This entry was posted in Food, Italy, Travel. Bookmark the permalink.

1 Response to Sunday Lunch in Frascati